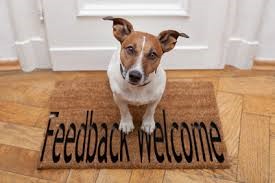 Employers are, with some justification, getting more and more nervous about dealing with employee grievances, given the multi-million dollars awards being given by the Industrial Court when they are messed up due to company mismanagement or just plain ignorance of good Industrial Relations practices.

One of the sensitive areas before getting to a dismissal stage in the disciplinary process is giving constructive feedback and in a straightforward way letting employees know how their performance is just not good enough so they can improve it.  This can work with personal relationships as well as industrial ones, avoiding break-ups and dismissals.

After the meeting you say, (timing)

“Pat, remember that Joke you made in the meeting today?” (Describe behaviour)

“I know you probably didn’t mean to be cruel.” (Acknowledge)

“Maybe you could tell jokes which are neutral, and don’t cut anyone down.” (Request alternatives)

“I really like your sense of humor, and I’d like your jokes a lot more if they were upbeat.” (Effectively consider everyone’s needs).