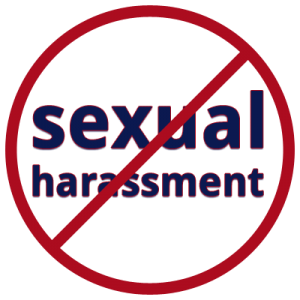 What does a company do when a charge of sexual harassment is made against a senior manager?

Let me first explain: there are two recognized forms of sexual harassment. The first is known as “quid pro quo” which is where an employer promises reward or punishment to an employee if the employee does or does not grant sexual favours.

The second is known as “hostile environment” in which a manager’s behaviour creates an environment in which an employee feels so threatened that he or she cannot work. Both are regarded as violations of an employee’s rights and there have been several such cases taken to Courts and Industrial Tribunals in the Caribbean, and many, I may add, settled very expensively in favour of the employee out of court. Employers have what is called in law “a duty of care” in respect of employees, which includes the duty to provide a safe environment in which to work.

Where employees can be sexually harassed, the employer’s duty of care has not been exercised and an employee may quit and claim ‘constructive dismissal’.

Worse even than the expensive potential financial consequences are the expensive morale consequences in the organization where other people may have witnessed the harassment or seen the distress of the persons suffering from it. Productivity drops, cooperation diminishes, whispering starts, there is no trust in management (including the Board, if it is known that they know) and in very short time the company’s reputation suffers in the community where most companies with female staff do have sexual harassment policies, and in some of the multinationals they will not do business with other companies that do not have such policies.

In a nutshell, NOT to act, and to be seen to be acting…all in accordance with the Principles of Natural Justice and good industrial relations practice, can spell considerable embarrassment and loss of money.

The employer must ask both parties for their side of the story, but before taking action other than the initial non-punitive suspension pending investigation, which correctly done at least ensures that it cannot be said by other employees in the company that management callously ignored the matter, there will have to be other investigations.