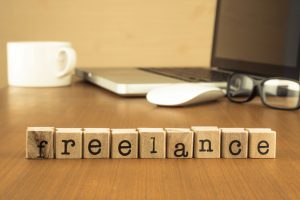 I work for a fairly new company, and due to the recent drop in business, my company has been taking on “Freelancers” or “Contract Workers” when there is a project to handle or when there is (what turns out to be a temporary) upsurge in business, instead of taking on permanent staff that we can’t afford.

I am usually put in charge of these “Freelancers”, as they prefer to call themselves, when it comes to the Human Resources side, and I need to know how to deal with them as employees, as I’ve never dealt with this category of employee before. What do I do about vacation, NIS, sick leave etc.?

It is very important that you put in writing clearly and thoroughly the terms of the employment contract for Freelancers so that there will not be any misunderstanding about expectations about hours of work, what is to be accomplished during a normal work period, who they are to report to and what you pay for and what is up to the Freelancers to pay for.

Income tax, for example must be deducted and paid in to the BIR by the employer if the work done by the “Freelancers” is work done under the direction of someone in the company. They handle their own taxes if they are carrying out a project that they are solely in charge of and can do in their own time – in which case they are paid for the project, not for their time. In that case they are responsible for their own NIS, Health Surcharge etc, but otherwise, any employee that is employed for more than ten hours a week by any one employer (including domestic employees) must be covered by the employer for NIS.

“Freelancers” are not usually given vacation leave unless they are employed for more than a year on a continuous basis, and the same goes for sick leave or maternity leave. This must be spelled out in the letter of appointment. Methods and periodicity of payment also should be clearly spelled out to distinguish between the “Freelancers” that are paid for the project or the work completed, or contract workers paid for their time. If the latter, are they to be daily rated, weekly paid? Hourly rated weekly paid? Weekly rated, bi-monthly paid? Do you pay them for public holidays at the hourly rate? If they are ill during the Freelancing period how long do you hold their jobs open for them? Standards of dress and behaviour must be specified, as must the grounds under which they can be terminated without notice. Normally, they would be given two weeks’ notice of termination about when the job comes to an end, unless circumstances beyond the employer’s control come up such as fire destroying the premises, the client on whose project they are working cancels the project, or they are dismissed for cause.

If you know how long you will need their services, the best thing is to specify when the contract will end.  This is called a “contract for time certain” and allows both you and the employee to plan your lives around it.