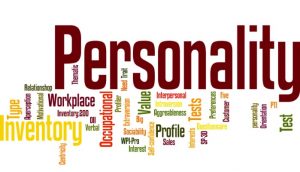 The recent claims that the Judiciary have been using Psychometric Tests in their selection process for Judges with somewhat disappointing results lately has us confused. Are these tests reliable or not? Can we download tests from the internet? Sometimes we do it for fun.

Well, “cheap thing no good and good thing no cheap!” as your grandmother no doubt once told you. If you download for free “you get what you pay for!” – is the response that immediately springs to mind.  Indeed, if you are using the tests for fun, there is no problem but if they are going to be used when serious organizational decisions are being made, then this is definitely not recommended.

“Psychometric” from the Greek psyche (mind) and metron (measure) literally translated, means ‘measurement of the mind’ and deals with the measurement and assessment of individual functioning.  The so called “expensive” tests are rigorously developed and researched by people trained in psychometrics and have been found to have high validity and reliability in predicting behaviour and performance outcomes. You just have to have some knowledge of the value of the tests you choose.

Psychometric assessments can consist of aptitude tests, cognitive ability tests, trait tests or personality tests and though seemingly costly, the benefits far outweigh the costs when one considers the time, effort and money that is involved in training, developing and managing staff as well as the costs of high turnover, under-performance or mis-deployment of staff, not to mention the frustration of both the organization and the employee when there is not a good fit for a position.

The more reputable tests such as the WorkPlace Big Five, (which has special tests for young people puzzled about which career they want to aim for as well as tests for recruitment of executives and team compatibility), the MBTI which measures extraversion and introversion and work compatibilities, and Profiles International require accreditation with the relevant certifying body as well as a University degree to administer, score and interpret the test.

If in doubt, check out the provenance of the tests available, and ensure that the provider is professionally trained and qualified to administer and interpret the test. Ask for references from other institutions that have used the tests you select. We have no idea which tests were used by the Judiciary in the current controversy, so cannot comment on that.